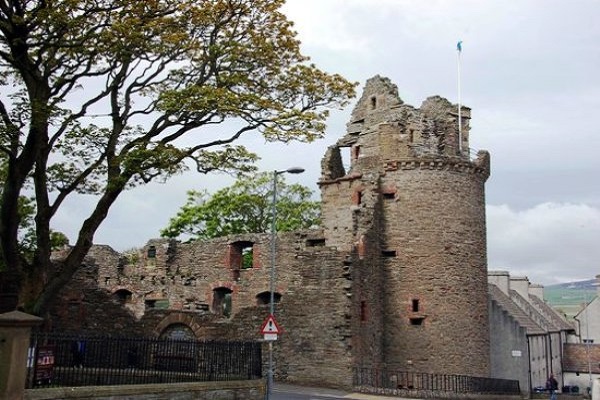 Step inside the spectacular ruins of two remarkable residences at the heart of Kirkwall. The medieval Bishop's Palace was built in the 1100s at about the same time as St Magnus Cathedral.

Along with St Magnus Cathedral itself, the Bishop’s Palace is one of the best-preserved buildings from this era.

King Hakon of Norway died within its walls after an indecisive battle with the Scotts at Largs in 1263. In the early 1600s, the Bishop's Palace was incorporated into a refined Renaissance palace commissioned by Earl Patrick Stewart, one of Orkney's most notorious rulers. The Earl's palace was reputedly built using slave labour.

The Earl's Palace is a stone's throw away from St Magnus Cathedral. 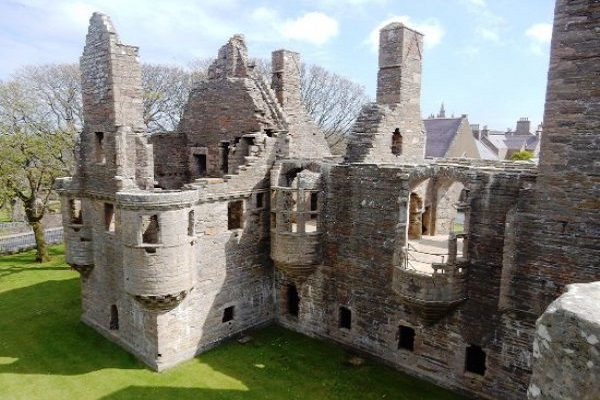 The palace is built over two sites one much older than the other. So don't forget to visit both when you get your entrance ticket in the grounds of the newer palace.

This medieval building looks more like a fortress than a palace. Thick stone walls, turrets, small windows, narrow entrance doors, all speak to the defensive nature of the builder. This used to be the residence of Patrick, Earl of Orkney, although he lost it to the Crown. Re-possessed by his son, it didn't last long in the family.

Returned to the Bishop of Orkney for a while, it was eventually abandoned and decayed to its current state.
It is today an historical monument and is administered by the Scottish government.
Please note this site is closed November- March.